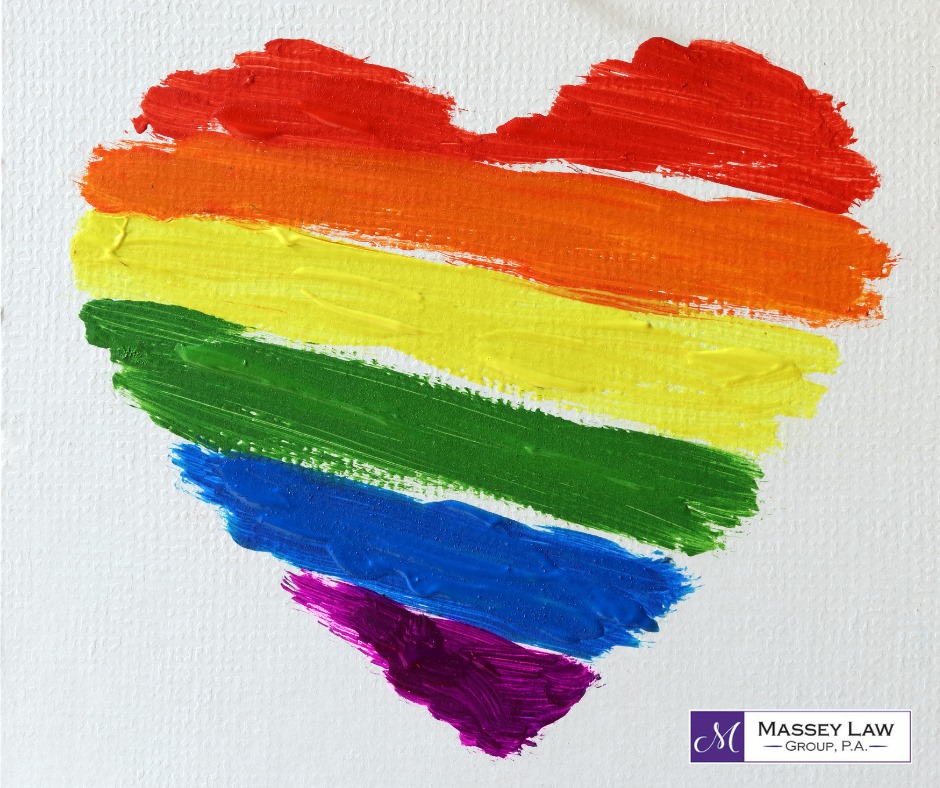 On this year’s National Day of Silence, MLG formally denounces Florida’s controversial “Don’t Say Gay Bill” and offers hope in the form of future leadership for LGBTQ+ youth. The Day of Silence[1] is a national student-led demonstration where LGBTQ students and allies take a vow of silence to protest the harmful effects of harassment and discrimination against LGBTQ people in schools.

This year, the National Day of Silence falls on April 8, 2022, almost one month after Gov. Ron DeSantis signed the “Don’t Say Gay” Bill into action. While Florida has never had an impressive track record for supporting the LGBTQ+ community, this already vulnerable population is now so under attack by lawmakers following this egregious and aggressive piece of legislation.

What is the Don’t Say Gay Bill?

Why is this so dangerous?

According to Human Rights Campaign[3], LGBTQ+ youth are statistically more likely to be bullied than straight, cisgender youth. One can argue that bullying is a direct result of ignorance. In a state where LGBTQ+ topics are now considered taboo, it is unfortunate that an already alienated group of young people will soon fall victim to more ostracization due to the lack of education surrounding LGBTQ+ issues.

The CDC’s Youth Risk Behavior Surveillance Results[4] show that 43% of transgender youth have been bullied on school property, with 29% reporting being threatened or injured with a weapon on school property. Furthermore, 29% of transgender youth have attempted suicide, followed by 22% of bisexual youth and 21% of gay and lesbian youth. With the severity of these statistics, it should be common sense that legislators allow educators, the adults who spend most of the day with these children, to be given the necessary resources to be an asset and a safe place for LGBTQ+ children. Instead, the Don’t Say Gay Bill will create confusion and fear on behalf of our state’s educators with regard to offering any support for our LGBTQ+ students; and create a chilling effect on classroom discussions of LGBTQ+ issues throughout our classrooms.

Adolescence is tough, confusing, and scary. However, it is also a time when young people learn who they are, experience formative lessons, and figure out how they will make their mark on this world. As perplexing as childhood is for straight and cisgender children, it is even more confusing for children who might fall under the umbrella of LGBTQ+ distinctions. As adults, we must make schools a safe place for children to feel comfortable being themselves. Intolerance and hatred are not inherent. They are taught. Classrooms should be a place of inclusivity and acceptance, and the “Don’t Say Gay” bill will soon make that nearly impossible.

She’s Got Our Vote

Let it be known that opposers of the “Don’t Say Gay” Bill are not going down without a fight. Fentrice Driskell, a fierce advocate for LGBTQ+ equality, is a member of The Florida House of Representatives and is running for State House[5]. Born and raised in Polk County, Fentrice is doing the work necessary to protect LGBTQ+ children in Florida public schools.

When delivering her remarks in opposition to the bill, Fentrice argued that “It’s very clear that the proponents of this believe in anti-gay rhetoric- it’s suppressive”[6] and tearfully emphasized the unfortunate consequences that will occur when the bill goes into effect. For this reason, among other aligning values, MLG formally endorses Fentrice Driskell for State House District 67.

MLG is an Ally

MLG stands in alliance with the LGBTQ+ community, and we celebrate diversity and inclusion all year long by flying the Progress Pride Flag on our building. While Florida has a long way to go, MLG will always be a safe space for the LGBTQ+ community. We are proud to support progressive leaders, like Fentrice Driskell, who are fighting to make the state of Florida a place where love is love, and community members of all races, genders, sexualities, and other differences are celebrated.