Are Women Lawyers Making Strides for Gender Equality in the Legal Profession? 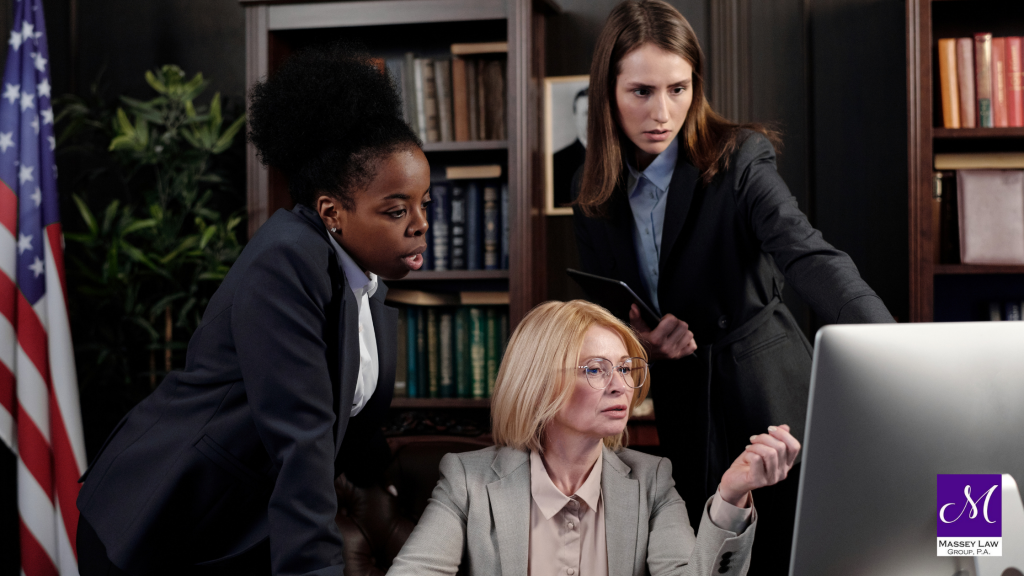 In recent years, the focus on gender equality in the workplace has increased. The awareness is taking place across governments and industries globally, and the issue has been brought to the forefront through movements, studies, and conversations about gender gaps in the labor force. This includes the legal profession, and now, the conversation is impacted further by the effect the pandemic has had on the workplace, families, and women.

A positive development has been underway in recent years in the legal field with regard to job equality. The number of women lawyers has increased over the past 10 years to approximately 37% of total lawyers, up about six percentage points from ten years ago, according to the American Bar Association (ABA). The number of women enrolled in law school is also increasing. In fact, since 2016, women have outnumbered men in law schools.

The ABA tracks statistics for law students and lawyers. By the numbers, there is a positive trend with more women entering law, but when you investigate further, you see that more needs to be done. While there are more women lawyers, the percentage of women promoted to partner remains low compared to men.

Studies indicate that only about a quarter of women are partners and even fewer minority women become partners. The ABA’s Commission on Women in the Profession aims to educate, advocate for, and promote women in law. Many large firms also have women’s initiatives to promote the advancement and retention of women in law.

The conclusion — women are gaining but still have a long road ahead. Unfortunately, more women than men also leave the legal profession during their careers.

Surveys on why women lawyers leave the legal field have found the reasons are similar to why women leave other professions. The ABA reports three main reasons:

Women face more pressure to maintain a work-life balance when they have a family. A higher percentage of women are responsible for performing and arranging childcare than men. Women lawyers also cite the burnout and stress of work-life imbalance as challenges leading to their exit from the profession.

Other women face sexual harassment and discrimination.  Sexual harassment in the legal field is vastly under-reported, and it is difficult to provide data on this topic.  However, most women attorneys will report that the majority of their female colleagues have suffered sexual harassment in the performance of their jobs.  Sexual discrimination is similarly difficult to track based upon the studies presently in existence.  However, it too is rife in the legal profession and can be in the form of missed opportunities as they are passed over for career-elevating projects, which leads to being passed over for promotions. Remuneration can be discouraging as ABA findings show male partners continue to make more money at a faster rate than women partners. Women who are also minorities are displaced by a lack of workplace equality, diversity, and inclusion, and the added pressure of systemic gendered racism.

When COVID-19 concerns in the U.S. increased in March of 2020, job losses began to mount, resulting in millions of jobs lost. When schools and daycare centers closed or transitioned to virtual environments, women were more likely to be the family member responsible for caring for the children. According to a report by The Century Foundation and Center for American, mothers leaving the labor force or reducing work hours to assume caretaking responsibilities amounts to $64.5 billion per year in lost wages and economic activity.

As the pandemic threat declines, vaccinations increase, and the economy recovers, women are becoming employed again, but the report finds that it is not at the same rate as men.  For the women who were able to keep their jobs, telecommuting created obstacles. Women lawyers, for example, felt their professional relationships suffered because they lost the opportunity to meet in person with clients, colleagues, and networks. They juggled technology issues and virtual client meetings while also helping children learn from home or dealing with the lessened availability of childcare.

Women are making progress in the legal field, and they are gaining elsewhere, too. Women are making notable advancements, for example, in the medical, accounting, and certified financial planning professions. The more awareness, support, and attention organizations like the ABA and firms place on advancing and retaining women in the legal profession, the more progress everyone will make.