Laughter heals. And Sheila Hieber, paralegal at MLG, believes in that power. Sheila, who often uses humor to connect with and help others, has been in the legal industry for more than 40 years.

But, she was not always as able to delight in the joy of laughter. For years, Sheila experienced the typical demands and stresses many people face in the workplace. Juggling intense trial work, it was not unusual for her to be in the office at 9 pm — or even 1 am. Since she began working with Starlett Massey, founding shareholder of MLG, Sheila said that her life changed 1,000%.

“I had to re-learn — weekends are for family and to regenerate,” said Sheila. “I missed plenty of swim meets and football games when my children were growing up. But working with Starlett, I learned a whole new concept, and it was liberating. Until then, my body suffered from the constant pressure, and I was bogged down with anxiety.”

Sheila believes that when your workplace fosters a healthy work-life balance that it creates positive results for clients and makes for a better work product. “When a client is on the phone with you, they can hear it in your voice. If you feel valued, have balance, can think with clarity, and enjoy your work, then you will have increased focus, empathy, and the ability to help them. Clients will have more trust and confidence in you,” said Sheila.

When she decided to retire to spend more time with family, including her three grandchildren, MLG offered Sheila the opportunity to stay on part-time and work remotely. In Sheila’s free time, she has also become engaged in her daughter’s work.

Sheila is proud of her daughter, who works on numerous campaigns for women’s rights and equal rights. This led to a memorable event when she met Madeleine Albright, the first female Secretary of State in U.S. history. Sheila’s eyes filled with tears as she was struck by how magnificent Albright was in person.

“100 years ago, women gained the right to vote, but the U.S. Constitution still does not afford women equal rights. You need 37% of state support to bring the issue before Congress to ratify the Constitution,” said Sheila. “It’s not just the right thing to do; it’s also good business.”

Sheila’s desire is to gain the needed support for a constitutional ratification. She wants to do so to support women and for her daughter, grandchildren, and future generations. Sheila also wants to do so for men — she sees the positive impact on men when the women in their lives (mothers, sisters, spouses) have equal pay and rights.

When Starlett first expanded into commercial litigation, Sheila was her mentor. She jokes that now the student has become the teacher. From valuing work-life balance to the firm embracing new technologies, the lessons enhance and elevate the lives of our clients and Sheila’s life, making the laughter (and lessons) contagious. 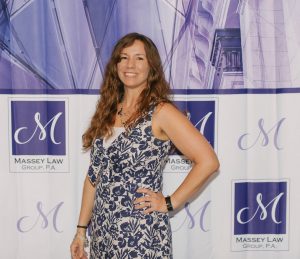 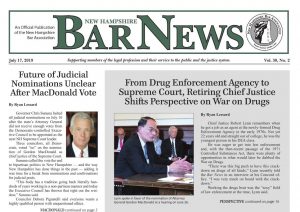 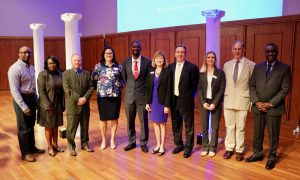 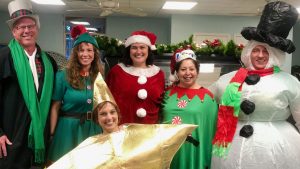