Lonnie Groot is of Counsel with Massey Law Group. He received a B.S. degree in 1973 and a J.D. in 1976 from Florida State University, and he is admitted to practice in all Florida state courts, United States Supreme Court, U.S. Court of Claims, U.S. Court of Military Appeals, and U.S. Court of International Trade.

Lonnie is board certified by The Florida Bar in the area of City, County, and Local Government Law. He is a member of The Florida Bar and the Volusia County Bar Association.

Lonnie has been engaged by numerous other local governments and constitutional officers to provide legal services, and he was appointed as a special magistrate for the City of Palm Coast and Seminole County. He has served as a legislative aide to the Florida and Montana Legislatures and appeared in high-level land use cases before the Governor and Cabinet of the State of Florida, including involvement in the Bush vs. Gore Presidential Litigation.

› Land Use and Local Government 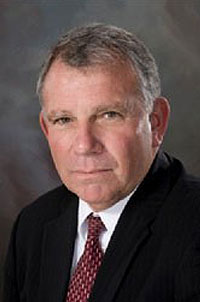